We are so happy to announce that we will be playing at Bloodstock Open Air 2018! Stage: New Blood Stage Day: Friday 10th August 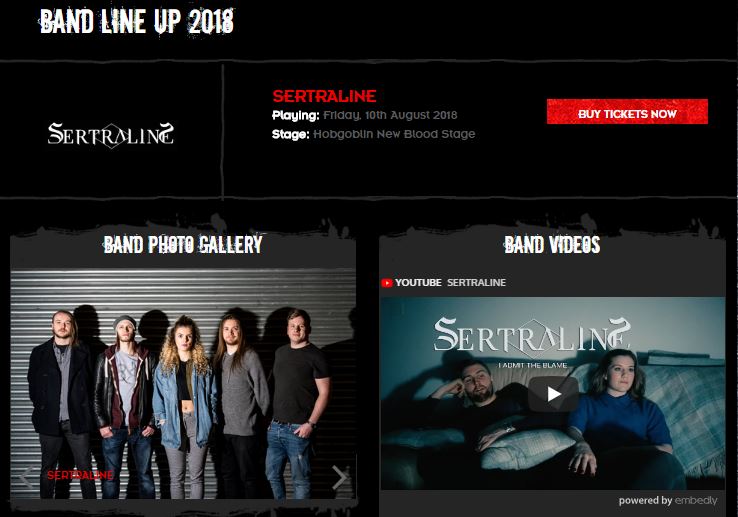 We started our road to Bloodstock Festival by entering Selby's Metal 2 The Masses competition. We won our first heat back in April which meant we would progress to the semi-finals! This journey then took a slight bump; The Venue in Selby closed its doors, which meant their competition would no longer be continuing. We were gutted that another music venue has had to close due to lack of support. We hope Ian and the team find something else and wish them all the best for the future.

Thankfully, we were thrown a lifeline - Mike from Lizard King Promotions invited us to join the Lincolnshire competition and we went on to play their semi-final. Along with a few other bands, we were voted through to the Grand Final, which took place on Saturday 30th June.

The M2TM Final will be a night that we remember forever! The atmosphere was electric from the start, and all the bands played incredible sets. It could honestly have been anyone's game. We were completely overwhelmed by the support for underground music, it was a beautiful thing to see! Ultimately, we managed to come out on top and we won a slot on the New Blood Stage at Bloodstock! There's probably various videos floating around of the announcement, which is good because none of us can remember how we reacted!! We are so happy and really proud of what we have achieved. See you at Bloodstock!